STRUCTURAL/JOINT PROBLEMS IN THE BREED

Anterior Cruciate Ligament (ACL) Rupture - The knee along with the external support (i.e., collateral leg) has two ligaments inside the joint that help prevent forward movement (i.e., cruciate). Insult/injury can cause this ligament to rupture and result in acute lameness (the animal will not want to bear weight) on the affected limb.

Fragmented Coronoid Process (FCP) - This form of elbow dysplasia is generally the most difficult to treat if the fragments are actually loose in the joint.

Osteochrondritis Dissecans (OCD) - A defect in the joint cartilage overlaying or attaching to the bone. OCD most commonly occurs in the elbows, shoulders, hocks and stifles. Ununited

Hypertrophic Osteodystrophy (HOD) - A developmental disorder that manifests with toes turning in or out, roached toplines, pinched rears, and in advanced stages fever, lethargy, pain in joints, inability to stand or function. This is a problem of intake in calories versus output of energy - too many calories consumed and/or unbalanced diet disrupted by supplementing.

Panosteitis (Pano or Wandering Lameness) – A developmental problem that affects the long bones during rapid growth periods typically between 6-16 months of age.  The exact cause is unknown although genetics, diet, stress, infection, and metabolic or autoimmune problems have been suspected.  Lameness can occur in one limb or over time in all limbs. It often is intermittent affecting one leg then another and back again…  It is self-limiting and spontaneously disappears.

Cancer
Cancer is one of the deadliest diseases a Doberman can die young from.


The 10 Early Warnings Signs of Cancer  Weight loss
Offensive odor
Loss of appetite
Sores that do not heal
Difficulty eating or swallowing
Persistent lameness or stiffness
Hesitation to exercise or loss of stamina
Difficulty breathing, urinating, or defecation
Bleeding or discharge from any body opening Abnormal swellings that persist or continue to grow

Pyometra is a result of hormonal and structural changes in the dogs uterus lining. This can happen at any age, whether she has bred or not, and whether it is her 1st or 10th heat (although it becomes more common as the dog get older). The main risk period for a female is for eight weeks after her peak standing heat (or estrus cycle) has ended.  Normally during this period, the cervix, which was open during her heat, begins to close, and the inner lining begins to adapt back to normal. However, cystic endometrial hyperplasia (CEH) may occur at this time in some bitches.

Cystic hyperplasia of the endometrium (inner lining of the uterus) occurs as an inappropriate response to progesterone. Bacteria (especially E. coli) that have migrated from the vagina into the uterus find the environment favorable to growth, especially since progesterone also causes mucus secretion, closes the cervix (preventing uterine drainage), and decreases uterine contractility.Bitches that have received estradiol as a mismating shot in diestrus are at risk for more severe disease because estrogen increases the number of progesterone receptors in the endometrium. 25 percent of bitches receiving estradiol in diestrus develop pyometra. Pyometra is less common in female cats because progesterone is only released by the ovaries after mating.

The condition of the cervix also determines the severity of the disease.

If the cervix is open, the infected material can leave the body, and this is far easier and safer to treat. This is known as open pyometra.

If the cervix is fully closed, there is no discharge from the vulva, and like in appendicitis, the uterus may rupture and pus escapes into the abdomen, causing peritonitis and possible rapid death. This is known as closed pyometra.

SymptomsThe most obvious symptom of open pyometra in dogs is a discharge of pus from the vulva in a bitch that has recently been in heat. However, symptoms of closed pyometra are less obvious. Symptoms of both types include vomiting, loss of appetite, depression, and increased drinking and urinating. Fever is seen in less than a third of bitches with pyometra.  Closed pyometra is a more serious condition than open pyometra not only because the there is no outlet for the infection but also because a diagnosis of closed pyometra can easily be missed due to its insidious nature. Bloodwork may show dehydration, increased white blood cell count, and increased alkaline phosphatase. X-rays will show an enlarged uterus, and ultrasound will confirm the presence of a fluid filled uterus

Canine mastitis is a breast infection in brood bitches, usually occurring a few weeks after whelping. When nursing the bitches breast should be checked every day. If you feel hard lumps , and see redness and swelling , this could be a sign of mastitis. which is extremely painful for the brood bitch . Canine mastitis can be caused by weaning puppies too early, severe scratches from puppies claws or some other infection.

A bitch with canine mastitis may be running a fever, be listless and possibly be off her food. She may not allow her puppies to nurse.

Treating Canine Mastitis
If your brood bitch shows signs of breast infection it may be canine mastitis, so get her to your vet immediately. I have known bitches to die from  Mastitis. But thank goodness, most of the time a good antibiotic treatment is all that is needed.

Bloat, Torsion. Gastric dilatation-volvulus (GDV). Call it what you will, this is a serious, life-threatening condition of large breed dogs. While the diagnosis is simple, the pathological changes in the dog's body make treatment complicated, expensive, and not always successful.

Factor in the habit of bolting food, gulping air, or drinking large amounts of water immediately after eating to this feeding schedule and body type. Then add vigorous exercise after a full meal, and you have the recipe for bloat.

Of course, the fact that not all bloats happen in just the same way and the thought that some bloodlines are more at risk than others further complicates the issue.

Simple gastric distention can occur in any breed or age of dog and is common in young puppies who overeat. This is sometimes referred to as pre-bloat by laymen. Belching of gas or vomiting food usually relieves the problem.

If this condition occurs more than once in a predisposed breed, the veterinarian might discuss methods to prevent bloat, such as feeding smaller meals or giving Reglan (metoclopramide) to encourage stomach emptying. Some veterinarians recommend, and some owners request, prophylactic surgery to anchor the stomach in place before the torsion occurs in dogs who have experienced one or more bouts of distention or in dogs whose close relatives have had GDV.

The physiology of bloat
Torsion or volvulus are terms to describe the twisting of the stomach after gastric distention occurs. The different terms are used to define the twisting whether it occurs on the longitudinal axis (torsion) or the mesenteric axis (volvulus). Most people use the terms interchangeably, and the type of twist has no bearing on the prognosis or treatment. When torsion occurs, the esophagus is closed off, limiting the dog's ability to relieve distention by vomiting or belching. Often the spleen becomes entrapped as well, and its blood supply is cut off. Now a complex chain of physiologic events begins. The blood return to the heart decreases, cardiac output decreases, and cardiac arrythmias may follow. Toxins build up in the dying stomach lining. The liver, pancreas, and upper small bowel may also be compromised. Shock from low blood pressure and endotoxins rapidly develops. Sometimes the stomach ruptures, leading to peritonitis.

Abdominal distention, salivating, and retching are the hallmark signs of GDV. Other signs may include restlessness, depression, lethargy, anorexia, weakness, or a rapid heart rate.

Treatment
GDV is a true emergency. If you know or even suspect your dog has bloat, immediately call your veterinarian or emergency service. Do not attempt home treatment. Do take the time to call ahead.; while you are transporting the dog, the hospital staff can prepare for your arrival. Do not insist on accompanying your dog to the treatment area. Well-meaning owners are an impediment to efficient care. Someone will be out to answer your questions as soon as possible, but for now, have faith in you veterinarian and wait.

Initial diagnosis may include x-rays, an ECG, and blood tests, but treatment will probably be started before the test results are in.

The first step is to treat shock with IV fluids and steroids. Antibiotics and anti-arrythmics may also be started now. Then the veterinarian will attempt to decompress the stomach by passing a stomach tube. If this is successful, a gastric levage may be instituted to wash out accumulated food, gastric juices, or other stomach contents. In some cases, decompression is accomplished by placing large-bore needles or a trochar through the skin and muscle and directly into the stomach.

In some cases, this medical therapy is sufficient. However, in many cases, surgery is required to save the dog. Once the dog's condition is stabilized, surgery to correct the stomach twist, remove any unhealthy tissue, and anchor the stomach in place is performed. The gastroplexy, or anchoring surgery, is an important procedure to prevent recurrence, and many variations exist. Your veterinarian will do the procedure he feels comfortable with and which has the best success rate

Recovery is prolonged, sometimes requiring hospital stays of a week or more. Post-operative care depends on the severity of the disease and the treatment methods employed and may include a special diet, drugs to promote gastric emptying, and routine wound management. Costs may run $500-1000 or more in complicated cases.

Prevention
Clearly, prevention of GDV is preferable to treatment. In susceptible breeds, feed two or three meals daily and discourage rapid eating. Do not allow exercise for two hours after a meal. As previously mentioned, some owners feel that certain bloodlines are at greater risk and choose to have gastroplexy performed as a prophylactic measure.

While the genetics of GDV are not completely worked out, most breeders and veterinarians feel there is some degree of heritability. Therefore, while prophylactic gastroplexy will probably help an individual dog, it makes sense not to breed dogs who are affected or who are close relatives of those suffering from GDV.

A seizure disorder which can have multiple causes. The age of onset of the inherited form is normally around 6 months to 5 years of age. Epilepsy is generally difficult to treat successfully in Dobies and other large breeds.

Cervical Vertebral Instability (CVI) is caused by pressure and pinching of the cervical spinal cord and the nerves in the neck due to ligament problems and/or vertebrae malformation. The compression on the spinal cord in the neck may cause the Mastiff to stand and move abnormally.  This is believed to be an inherited genetic disorder with environmental influence.  Rapid growth and nutrition may influence the expression of the disease. 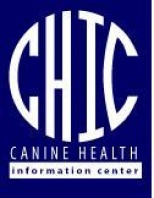 No picture or text can be copied or redistributed without express permission of site owner.